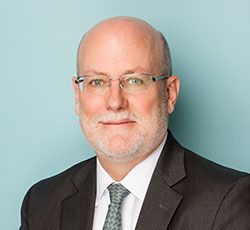 Mr. Dagger joined us in his current role in November 2006. Prior to joining us, Mr. Dagger served as in-house legal counsel for AT&T Corp., a major communications company, from 1992 to 2006, where most recently he was Law Vice President and Vice President and General Counsel for AT&T’s Teleport Communications Group Inc. subsidiary. In this role, he was responsible for legal support for all of AT&T’s U.S. network operations, R&D (AT&T Labs), worldwide customer care and business local services. Earlier in his career, Mr. Dagger was an associate at the law firm of Cleary, Gottlieb, Steen & Hamilton. Mr. Dagger obtained his A.B. degree summa cum laude from Duke University, and his J.D. degree with honors from the University of Chicago Law School, where he served as Editor-in-Chief of the University of Chicago Law Review.