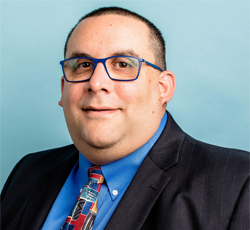 Mr. Andolino joined us in October 2011 as our Controller, Corporate, Ethanol Performance Group and PhibroChem Divisions.  He was promoted to Vice President, Finance and Treasurer in March 2018. From 2009 to 2011 he was Controller at Huntington Learning Centers, an educational service center.  From 2007 to 2008, Mr. Andolino was an Assistant Controller at Mezz Cap, a financial management service company.  Prior to his role at Mezz Cap, Mr. Andolino was a Controller and Director of Finance for Mercer Human Resources Consulting from 2004 to 2007. From 1991 to 2004, Mr. Andolino held various controller and finance positions at JD Edwards World Solution Company, The MONY Group and Deloitte & Touche. He holds a B.B.A. Degree in Public Accounting from Pace University. He is a licensed Certified Public Accountant in the State of New Jersey.