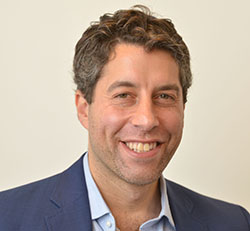 Jonathan Bendheim, Director, President, MACIE Region and General Manager of Israel Operations. Mr. Bendheim serves as a member of our Board of Directors and is President of our MACIE Region (which consists of the Middle East, Africa, the Commonwealth of Independent States, India and Europe), is the general manager of our operating plants in Israel and Ireland, and oversees Phibro’s global aquaculture business. Mr. Bendheim joined Phibro in 2001 as a Manager for logistics and supply chain. In 2005, Mr. Bendheim was appointed Vice President of Sales and Business Development for our Israel operations. In 2008, he led the acquisition of Abic Biological Laboratories from Teva, and in 2009, he was appointed the Managing Director of our operations in Israel. In 2011, his responsibilities were expanded to include oversight of all sales activities in the MACIE Region. In 2014, Jonathan led the establishment of Phibro’s global aquaculture business. Mr. Bendheim holds a B.A. degree in political science from Yeshiva University and an MBA from Columbia Business School. Mr. Bendheim is a son of Jack C. Bendheim. Mr. Bendheim is qualified to serve on our Board of Directors due to his extensive management experience in all facets of Phibro’s animal health and nutrition businesses during his tenure with the Company.