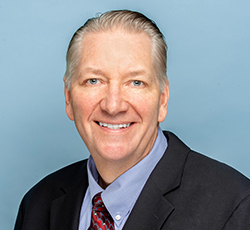 Mr. Miller has served as our Chief Operating Officer since July 1, 2016. Mr. Miller joined us as President, Animal Health in May 2008. Prior to joining us, Mr. Miller was, from 2004 to 2008, Vice President of the Global Ruminant Business with Intervet/Schering-Plough Animal Health, which at that time was the largest animal health ruminant business in the world. From 1998 to 2004, Mr. Miller was General Manager for Schering-Plough’s Australia and New Zealand Animal Health businesses, which included a diversified portfolio of animal health and nutrition products for beef and dairy cattle, sheep, swine, poultry and companion animals. Mr. Miller held numerous roles in sales and marketing management during his 17 years with Schering-Plough, and prior to that with American Cyanamid Animal Health and Nutrition. He holds a B.S. degree in Animal Science from the University of Nebraska and an Executive MBA degree from the City University of New York. Mr. Miller is a member of the Board of Trustees of the University of Nebraska Foundation and a member of the Board of Directors of the Nebraska Innovation Campus Development Corporation of the University of Nebraska-Lincoln.