Home / About Us / Executive Team / Lisa A. Escudero 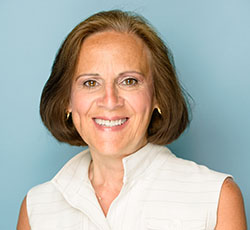 Ms. Escudero joined us in her current role in March 2017. From 2016 to 2017, she was Vice President of Human Resources for the New York Genome Center, a nonprofit biomedical research organization, where she led the human resources function.  Prior to joining NYGC, she led the HR function for American Standard Brands, a plumbing fixture manufacturer, from 2008 to 2016, where she was a member of the leadership team.  From 1990 to 2008, Ms. Escudero was Director of Human Resources for Merck & Co., a leading global pharmaceutical company, where she supported the research and manufacturing divisions. Prior to her role at Merck, Ms. Escudero was a research scientist for the Agricultural Chemical Group of FMC Corporation, a chemical manufacturing company, from 1982 to 1990.  She holds a B.A. degree in Psychology from Rutgers University and an M.S. degree in Human Resources Management from the Rutgers University School of Management & Labor Relations.