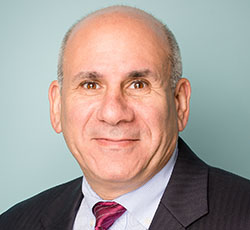 Mr. Giambalvo joined Phibro in 2002 as Vice President with our PhibroChem division. In 2005, he was promoted to President of PhibroChem and he continues to serve in that position today.  In 2006, he started our newly formed Ethanol Performance Group segment, and currently leads that business.  Prior to joining us, Mr. Giambalvo served as General Manager of the Fine Chemicals Division of General Chemical Corporation/GenTek, a US based specialty chemicals manufacturer serving a wide variety of markets.  At General Chemical, he held leadership positions in sales, marketing and manufacturing within several business areas.  Mr. Giambalvo began his career in 1985 as a chemical engineer at OMI International, a specialty chemicals business that evolved from Occidental Petroleum’s OxyChem unit.  From 1990 to 1996, he worked in technical sales capacities for Nalco Chemical Company, a global water treatment company based in Naperville, IL.   Ecolab acquired Nalco in 2011.  He holds a BE in Chemical Engineering and an MS in Management Science from Stevens Institute of Technology in Hoboken, NJ.