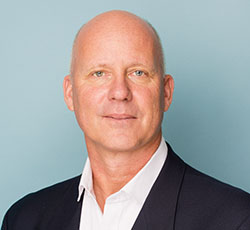 Tycho Vos, joined us in January 2017 as our Senior Vice President for the Asia Pacific Region.  Prior to joining us, Mr. Vos held various management positions in Asia, Central Europe and Western Europe with international companies in the fields of animal nutrition, animal health and genetic selection. He acted as Project Director at D.S.M in China, Regional Director at Ceva Animal Health in Asia Pacific and later in Northern Europe, Managing Director for the aquaculture business at Gold Coin Sdn.Bhd. and General Manager for Grimaud Freres S.A in Malaysia.
He holds a M.Sc. degree in Biochemistry from the Université Paul Sabatier and an Agriculture Engineering degree from the Ecole Nationale Supérieure d’Agronomie in France.