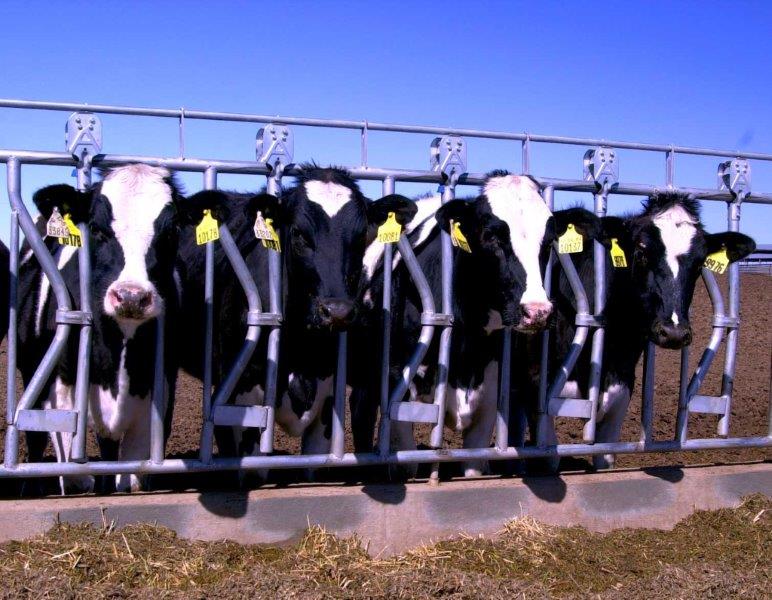 As the Harriet B. Weeks professor in the Department of Animal Sciences, University of Florida, Dr. Geoff Dahl has led numerous studies examining the effects of heat stress on dairy cows at all phases of production. He recently teamed up with Dr. Glenn Holub, Executive Dairy Technology Manager, at Phibro Animal Health Corporation to host a free webinar titled Dairy’s Most Profit-Draining Challenges—Heat Stress, now available on demand from Phibro Academy. Dr. Dahl answered some common questions about dairy cattle heat stress.

What should producers look for as potential early signs of heat stress?

A: The first sign of heat stress is typically that lactating cows, and all cows, are going to have decreased dry matter intake (DMI). We know how important DMI is to maintaining milk yield—when DMI decreases, so does milk yield. What’s interesting, though, is that the reduction in milk yield is really beyond what we might expect based on decreased DMI. What’s happening is those cows must use additional energy to get rid of that extra heat—so that’s energy that is not available for milk production purposes.

How significantly can heat stress affect milk yield, according to your research?

A: We conducted a study that consistently showed the effects of heat stress on a cow’s next lactation compared to the milk production of cows that were cooled when they were dry or cows that were heat stressed when they were dry. This and other studies indicated we are looking at about an 8 to 10 lb per day reduction in milk yield if cows are heat stressed during the final phases of gestation during the dry period versus those animals that are cooled. It’s not just the one study that shows this, but a number of studies show the same thing. Cooled cows make more milk in the next lactation than cows that are heat stressed when they are dry. Heat stress has a profound and consistent effect on production. One reason for this is that we do see differences in various aspects of mammary development. We know that the dry period is important not only to have a reduction in older, less productive cells in the mammary gland, but also to regenerate capacity for milk yield in that next lactation. When we look at mammary cells, we see that the structure of mammary gland cells is different in heat stressed dry cows versus cows that are cooled during the dry period.

You’ve conducted a wealth of research examining the implications of heat stress. What have you seen recently in terms of the effects of heat stress on dry cows?

A: We conducted a study looking at aspects of animals seasonally being heat stressed when dry. We studied more than 1,500 dairy cows in Florida on one farm that had consistent, high-level management but were housed on pasture when dry during June, July and August—the hottest months of the year. We compared this group with another 1,000 cows that were housed on pasture when dry during the cooler months of the year—December, January and February. We saw about 1,100 pounds less milk in the next lactation in those cows that were dry during the hotter months of the year. Drying the cows in cool months improved performance. There is also definitely an effect on disease incidence in animals if they experience heat stress when they’re dry. Cows that were dry in hotter months ended up having increased rates of mastitis, respiratory disease and retained fetal membranes. Reproduction was also negatively affected in the cows that were dry in the hotter months.

Do I have to cool cows throughout the entire dry period?

What are the effects of heat stress on the developing fetus?

What has your research shown about the effects of feeding OmniGen® to cows that are heat stressed?

What factors determine how a cow recovers from heat stress?

What surprises people the most about heat stress?

A: People are always surprised how much time of the year, and where, heat stress poses an issue. Really the only state where you don’t have to worry about heat stress is Alaska, but there obviously aren’t a lot of cows there either. Places that always tend to surprise people are the upper Midwest or the Northeast in terms of how much time of the year they experience heat stress. On average, across the top dairy states in the U.S., we’ve got about three months of heat stress each year, defined by an average THI for the day being greater than 68. This means that for at least a quarter of the year, animals are potentially heat stressed. And it’s not just in southern states like Florida or Arizona. There’s also significant potential impact of dry period heat stress in places like Indiana, Pennsylvania and even Michigan and Wisconsin. That’s a lot of unrecognized heat stress. 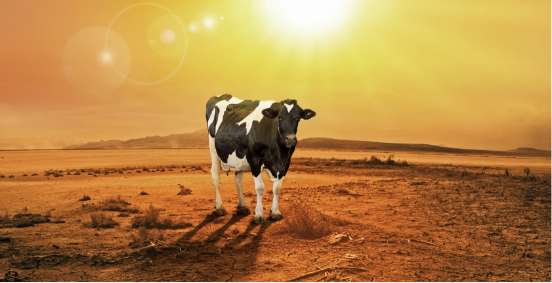 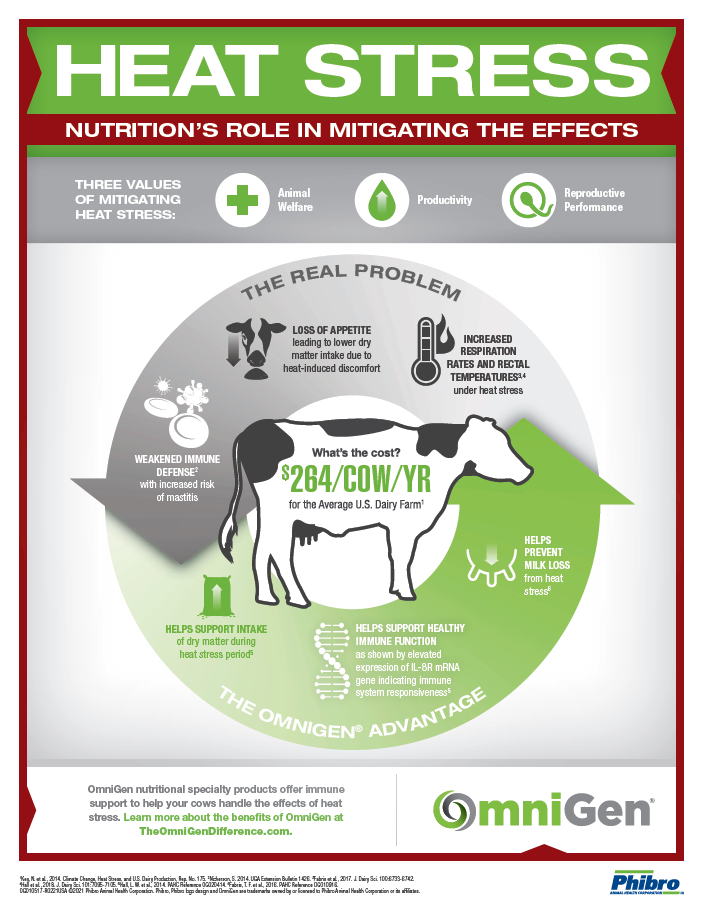 Nutrition’s Role in Mitigating the Effects of Heat Stress 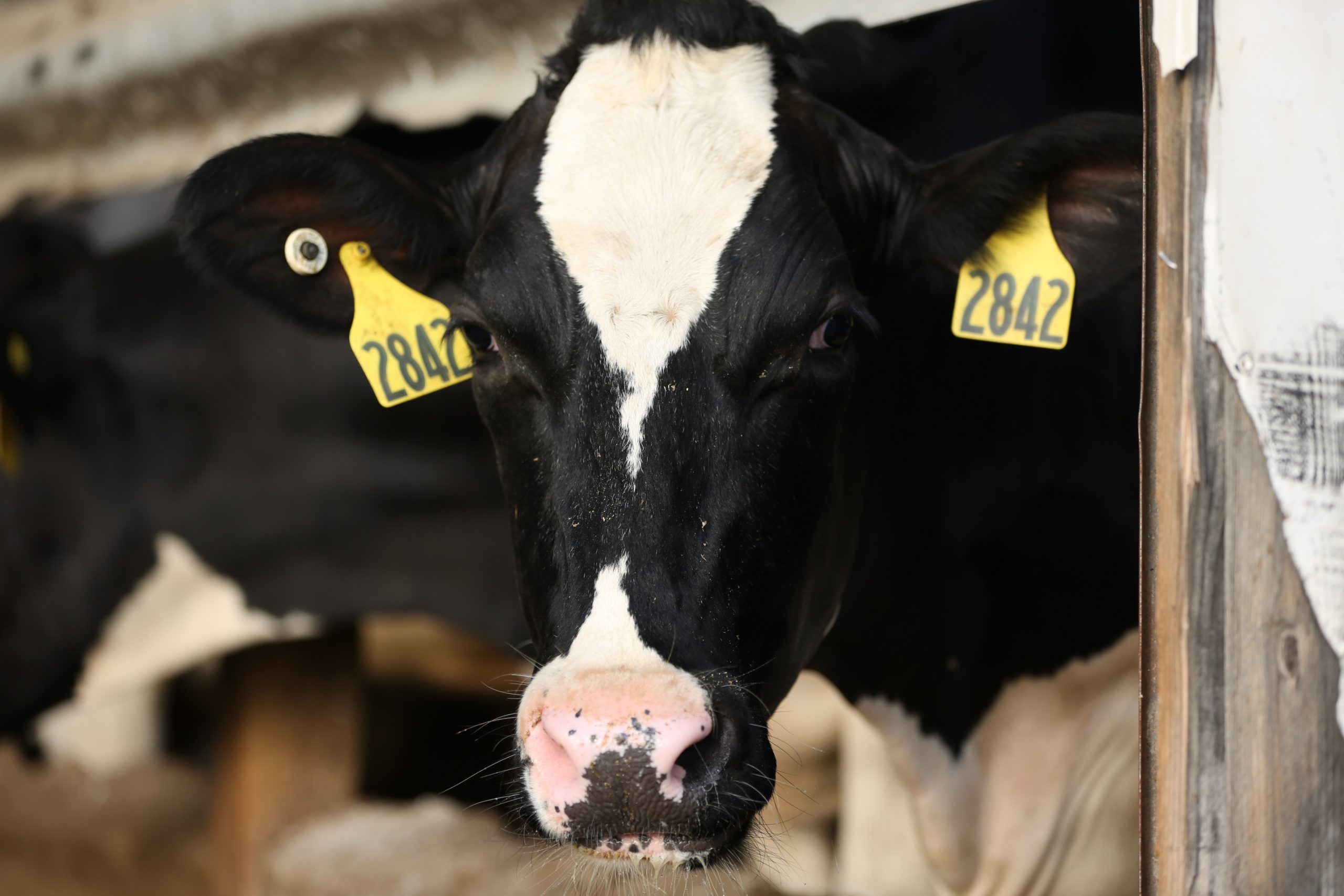